Continuing from part one, AmbassaDiver Gemma Smith explains her role in the underwater excavations of the famous Antikythera wreck… 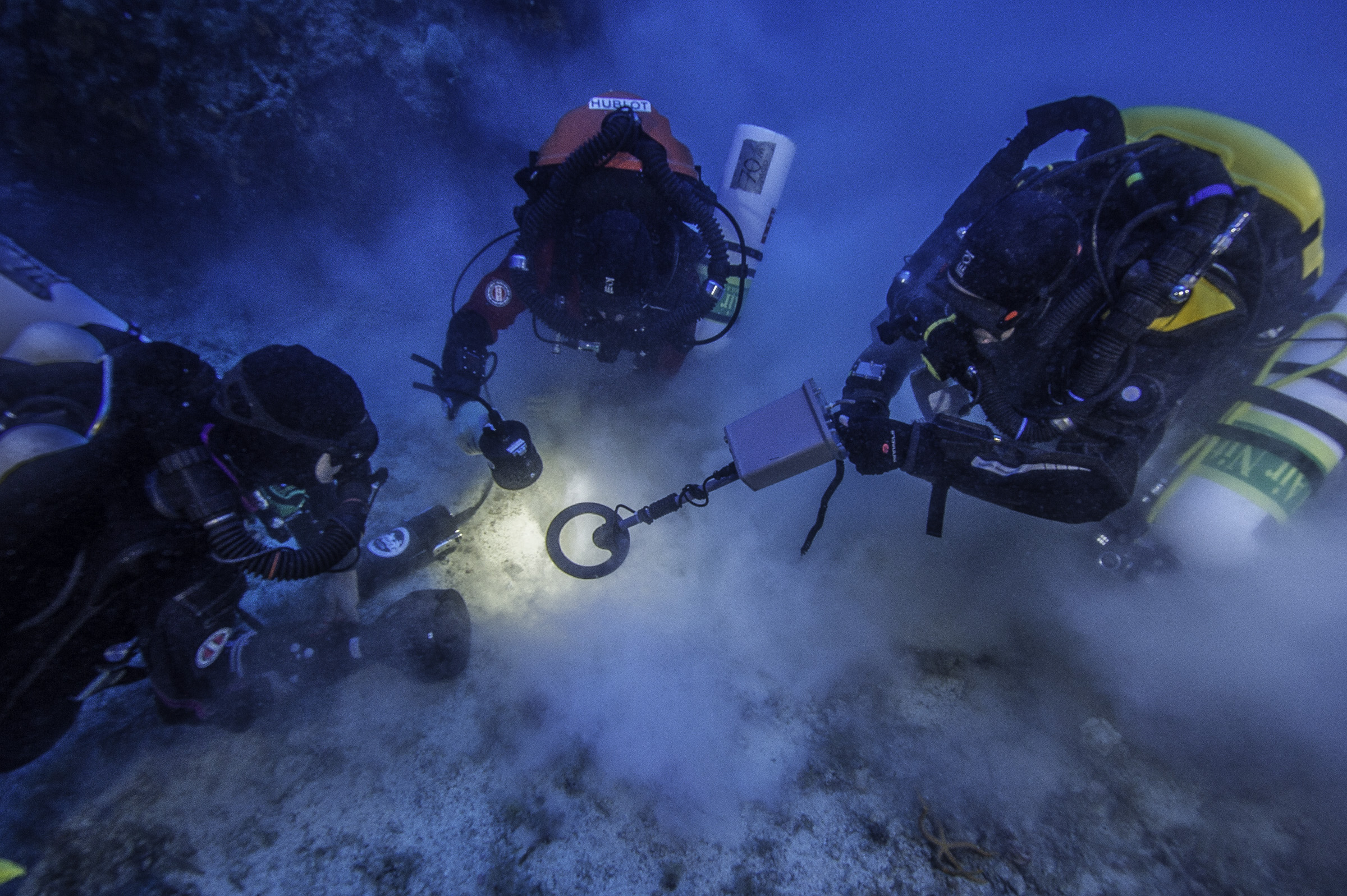 In 2012 a marine archaeologist from Woods Hole Oceanographic Institution in Massachusetts was granted permission by the Greek government to once again start underwater excavations on the Antikythera wreck. Alongside other Greek archaeologists from the Greek Ephorate of Antiquities, a joint project was undertaken to set about finding out what other secrets this wreck site may be hiding. Using the very latest technology in the form of closed circuit rebreathers, the aim of this new venture was to have trained underwater archaeologists excavating on the site for the first time in its history.

The technicalities of underwater excavations

As the site is at 60m, this was by no means a straightforward task. Having a team of divers working in deep depths brings about several logistical and safety considerations. The use of rebreathers as opposed to more traditional open circuit scuba gear gave the archeologists the ability to greatly extend the time they were able to be on the wreck site, but also added huge complexity to the diving. Closed circuit rebreathers work by recycling the exhaled breath of the diver and removing the carbon dioxide in the breath by the use of a ‘scrubber’. Fresh oxygen is then injected, but only enough to replace that which has been metabolised. It is an incredibly efficient way of diving, minimising gas use and decompression penalties, but has some possible risks associated with low and high oxygen, as well as excess carbon dioxide. These are issues which are not normally a major consideration with open circuit diving.

The added complexity has huge benefits though.

Rebreather divers are able to spend up to an hour at depth excavating, while their open circuit team mates are limited to just twenty minutes. My work on the site as a rebreather specialist and instructor involves monitoring not only my own life support system, but also working as a ‘guardian angel’. This means that I am in charge of looking after and working closely alongside my designated archeologist, allowing them to focus on the job of excavating. As a buddy pair we each bring our own expertise to the job. This system has working brilliantly over the last few years to allow the scientists to work effectively, and most of all safely, on the wreck. 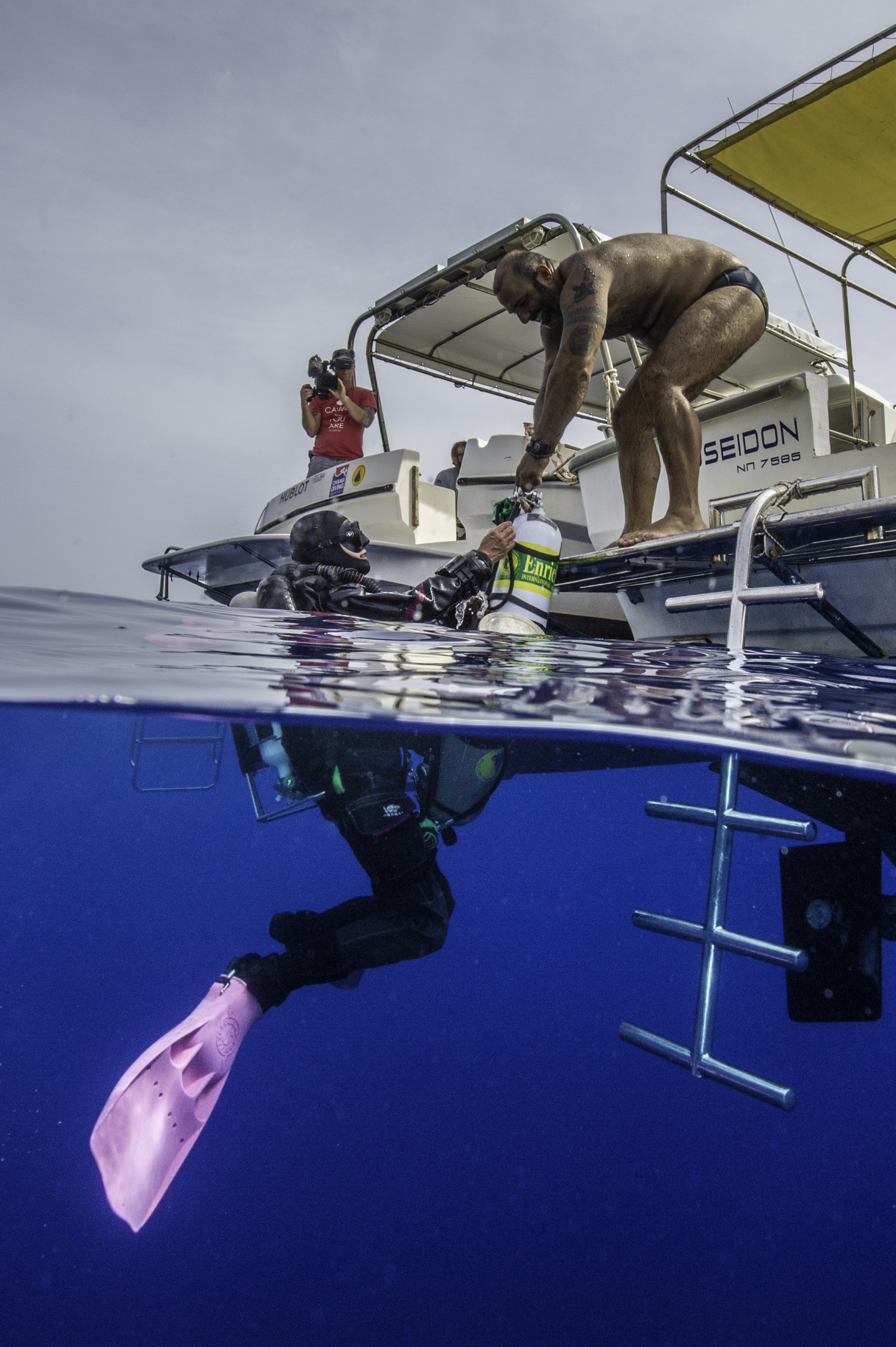 Exciting finds on the Antikythera wreck

The last season we worked on the Antikythera wreck we uncovered, without a doubt, the most astonishing find since the mechanism itself: the remains of a human skeleton, including an almost complete skull. To find such intact human remains that are well over 2000 years old is extremely rare. In most cases shipwreck victims sink to the ocean floor and are either swept away or eaten by marine creatures. The hope is to eventually be able to extract DNA from the skull, and then to analyse it. As well as possibly being able to tell us the gender of the individual, if DNA can be successfully taken from the bones and then sequenced, we may be able to learn about the origins of this individual, including their ancestry, as well as personal details such as hair and eye colour.

To think that we could learn so much about someone so many years distant from us is without doubt a truly fascinating aspect of this Antikythera Wreck. The next phase for the project is due to take place this coming August, and I know I can’t wait to get out there again and continue to dive and uncover yet more secrets from the past.

If this post has inspired you to think about a career in scuba diving why not check out these other interesting jobs scuba diving qualifications can open up: Scuba Diving with Astronauts, Artist Handler at Cirque du Soleil and Underwater Criminal Investigator